Being a trucker, you take a small piece of someplace whenever you leave. In Detroit, a stray brick from the wall of a derelict factory where you used to deliver. In Sioux Falls, the plucked feather of a grouse that adorned your mesh cap and gave rise to your CB radio handle, Chief. In Reno, you caught the elusive barfly, whose life cycle had spanned the sweated rings of innumerable beer mugs, whose glazed eyes projected a million glints from the shade of stained glass windows, and who wandered into traffic, buzzed, to play chicken with you, the weary traveler.

One of Several Million People Driving to O’Hare

Sometimes I cannot handle the abruptness of contrast. There needs to be a larger gray area between my rooster cock-a-doodle-dooing at 5:30am and being honked at by a WASP in a Mercedes 4matic on I-294 at 6:35

…although I know this was good timing considering the construction delays.

I need at least a day’s notice before I have to immerse myself in everyone else’s fray. You can’t drag me out of the boondocks so easily anymore.

My chronic lower back pain disappeared in the therapeutic air of dried husks and manure; it stung me as soon as I craned my neck to read the tall signs and billboards.

Oh hell, Butch, even Joliet is too big anymore.

Too many lights on at night. 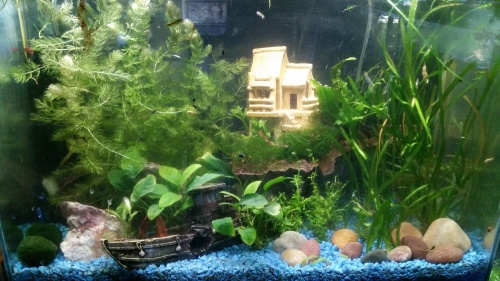 Lately, I’ve been dedicating more time to my aquarium hobby than writing content for my website. I’ve been a freshwater aquarist for over twenty years, and these past two years I have really invested a great deal towards raising and breeding various fish, invertebrates, and growing aquatic plants and mosses. As I establish and decorate more aquariums, I wanted to start an Instagram page focused on my variety of fish tanks. My Instagram photos can be found at the bottom of this website. Please have a look at my photos and feel free to like and comment. Regardless of whether you’re a fellow fishkeeper or an admirer of the hobby, I enjoy talking about aquariums. 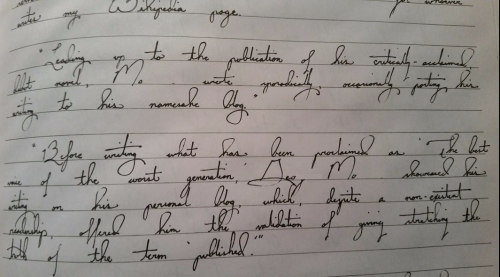 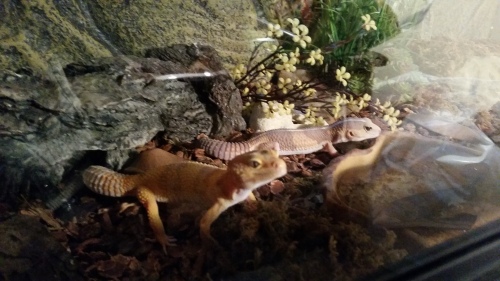 On Monday, I finally purchased the domain name for my site. It has been seven years, and registering my eponymous website has always been an afterthought, albeit a persistent one that I never stopped thinking about. With all due respect to WordPress, I have wanted to eliminate their footprint for some time, if only to validate my site as something that is exclusively mine (even if they are the host).

Throughout the week, I have perused the features available to premium bloggers. Nothing spectacular in the gallery of blog themes. My current theme was officially axed last year, so if I choose to change this template, I’ll never regain it. I’m not impressed with the newer templates. I thought I might find a new minimalist theme, much like the one I’m using, but none of the free templates are as barren as this one. I’m almost content with this theme (Manifest, by Jim Barraud), but I’m annoyed by the barely noticeable beige rectangle which sits below my name, the header at the crest of the page. I understand that the beige bar is for menu options, or “pages,” and for years I maintained two menu pages: “About” and “Downloads.” Today, I decided to remove them, because they felt too promotional. The “About” page was a furtive description of why I started this blog years ago, followed by a even more furtive update from earlier this year. Included were two photos of me, which I feel are unnecessary, too. “Downloads” was a page containing my rudimentary cover art and links to my e-books on Amazon and Smashwords. To my chagrin, eliminating the menu pages did not remove that damn beige bar.

Once I shaved what I deemed as eyewash and nonsense, I quickly reverted back to the guy who wants to fill empty space. The Manifest theme doesn’t allow for much personality, but I learned that I could insert a header image to the site. I thought of using a photo of one of my many aquariums, and perhaps I will in the future. At least one post of mine includes a photo of a fish tank that has been since redecorated and dismantled. Recently I snapped a few pictures of my geckos, Rudy and Apollonia, as they emerged from their favorite cave as I served their dinner of crickets dusted in vitamin powder.

It’s rare to find fat-tails in pet stores anymore, likely due to the popularity and color variants of their relative, leopard geckos, which are also eyelid geckos with clawed feet.

It was hardly a week following the death of my Father when I stopped at the Petco where Dad bought food for his dog. Petco was celebrating their fiftieth anniversary with various half-off sales in certain departments. That particular weekend, all reptiles were fifty percent off. Coincidentally, there happened to be a baby African fat-tailed gecko. I promptly bought all of the equipment I used to have for Clyde, went home to set it all up, and when the store opened the next day, I met the employees at the door to take Rudy. I stop there regularly, usually for dog food and bric-a-brac for my aquariums, and never have they kept a fat-tail since. In fact, no big-box pet store or mom ‘n pops shop ever carry them. So I guess it was less a coincidence and more of a serendipitous fate to find Rudy.

About a year later, I attended the North American Reptile Breeders Conference. It happens twice a year, not far from Chicago, and draws in enthusiasts and pet shop owners from all over the Midwest and East Coast. The one and only time I ever attended was with Dad. He took me to one of these expos when I was thirteen. One of the highlights was petting a twelve foot long alligator. It was a domesticated alligator, if you can believe it. In October of ’16, I thought I’d go again.

I bought Apollonia from a company that specializes in dart frogs and vivarium supplies, like forest floor substrates and leaf litter. A pet shop owner from Miami wanted to buy twenty leopard geckos for his store, and didn’t care which ones he took with him. The guy behind the table noticed me looking at Apollonia, a rainwater albino leopard gecko, and offered her to me for twenty bucks. I took him up on it and stopped at another booth in the convention center, where I bought a larger terrarium. I intended to take the chance and keep Apollonia with Rudy in the same enclosure. Typically, it wouldn’t be advised to pair leopards and fat-tails together, as their humidity requirements are slightly different, but I established a terrarium which suits them both.

Rudy and Apollonia were shy to one another at first. Each kept to themselves in two separate caves before eventually sharing one. Weeks later, I decided to double the size of their terrarium, allowing them variations in temperature, humidity, as well as three caves and a large, shallow water dish. Pro-tip for any gecko enthusiasts out there: an alternative to keeping a water dish in terrariums is to mist dried leaves with water, for I’ve observed that they enjoy licking the water droplets, which I presume is more instinctive to them compared to a water dish. I use magnolia leaves because they’re hardy and don’t crumble like other varieties of leaf litter. Apollonia is much more active than Rudy, and it often leads to her getting more crickets than him. I buy crickets a thousand at a time and keep a large aquarium like a cricket farm of sorts. At every feeding I ensure that enough crickets are shared between them, since he doesn’t care to chase them like Apollonia does. For every feeding, I dust the crickets with a sort of multivitamin powder made especially for insectivorous reptiles, by Repashy.

Overall, they get along fine together. They sleep and hunt and wake up together. Most of what they do is sleep, and they’re nocturnal, much like I am.